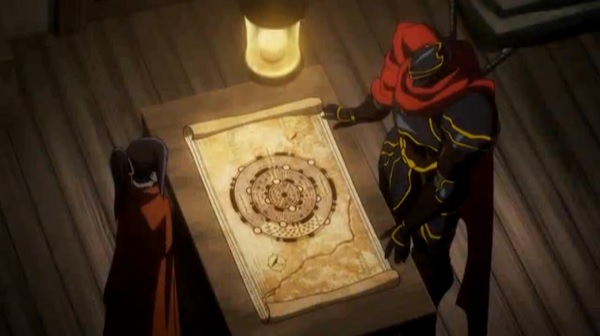 On this episode, the Swords of Darkness gets killed by two mysterious killer and they kidnap Nfirea. Later, Ainz investigates the killers and plans a counter to rescue the boy.

It was a bit unfortunate to see the Swords of Darkness get killed off but I sadly knew that was going to happen. Although watching Ainz getting a counter plan in motion was pretty cool. Other than that, I'm slightly disappointed there's going to be second part but I definitely can't wait to see the Darkness duo battle against the current antagonists anyway. Now what's going to exactly happen to Ainz and Narberal next? Overall, cool plot build up and some action.

Conclusion: Cool plot build up and some action.