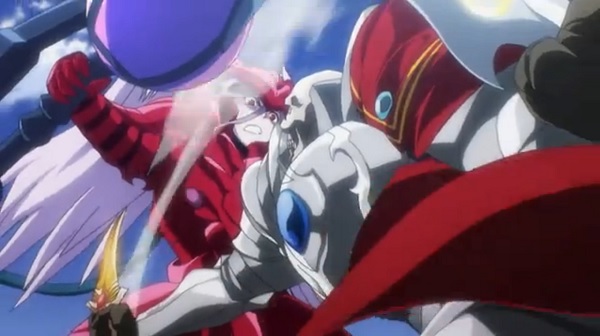 On this episode, Ainz continues to fight the final battle against the mind controlled Shalltear. Later, Ainz does a resurrection and talks about his plans to the Floor Guardians.

Whoa, the finale was fantastic to watch and I liked how they decently closed the series with an opening. Also the action was awesome along with our male lead's plans being revealed. Although I was hoping for at least 24 episodes since the actual story is quite long. But then again, the studio is going to be a busy with an upcoming show for this Fall season called One Punch Man which I'll be really looking forward to watch after I read the manga around a month ago. Now will there be a second season for Overlord soon or will the studio not make a sequel like they usually do with other anime? Overall, fantastic finale and cool action.