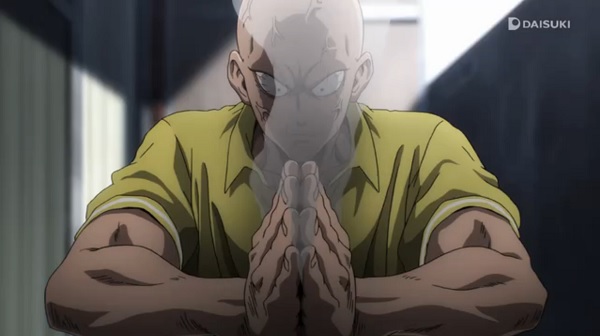 On this episode, a mosquito swarm threatens the city and a cyborg encounters it. Meanwhile, Saitama attempts to kill a lone mosquito and then more foes appeared.

Yes! This is what I've been expecting from the anime adoption and the producers are doing a great job so far (even though they did make some minor alterations which is not bad). Anyway, it was nice to see a new hero character introduced and and an evil mysterious organization revealed. Also the action was just hilarious and awesome just like in the manga itself. Other than that, I'll be definitely looking forward for more action. Now what's the next plot? Overall, cool mosquito plot and more awesome action.