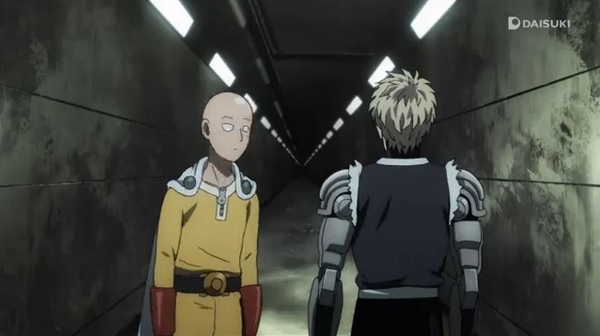 On this episode, Saitama and Genos gets info from the cyborg ape. Later, they start to raid the lab and encounters another huge foe.

Sweet, it was pretty hilarious to see Saitama and Genos start raiding the lab. Also Saitama revealed a secret of his which was just funny just like in the manga. Other than that, the action was great (besides our male lead being too powerful as usual). Now what's going to be the next plot for the main heroic duo? Overall, nice lab raid action and some more details about Saitama.