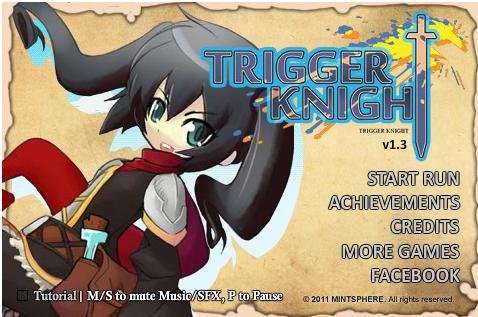 So, do you like RPG-like games with only one button? (Yes, that's right; just "one button".) Well, a new studio called Mint Sphere did an attempt and created Trigger Knight which is a fantasy experimental anime flash game. The game of takes place in a random fantasy world which you would usually see. But, you get to play the awesome knight named Trigger Knight. The different thing about her, is that she's not your usual knight you see in a usual RPG. (Yes, I keep mentioning "usual") Trigger Knight has special stuff you get to use. But, she unfortunately has a life span. 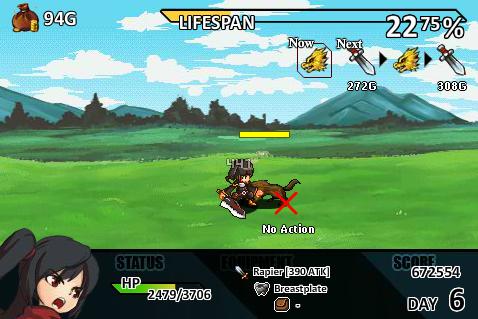 Besides the "life span" and buying a certain item for it all the time, the graphics are not bad. The music is great and also the action. You can not really expect a nice decent job on a anime flash game like this. But, For some strange reason, it may get quite addicting. 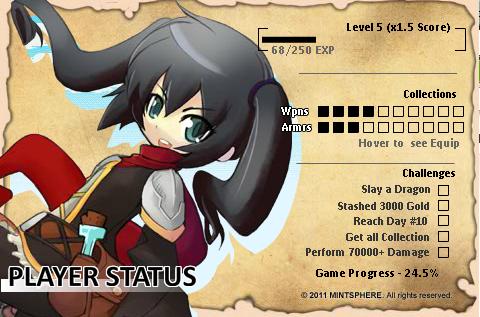 Overall, you basically get to experiment how many days you get to last with luck and strategy. Another nice thing is that when you lose a run, your run will still be recorded under Achievements. Other than that, there's really nothing much besides the heroine being cute - don't you agree?

Conclusion: Interesting fantasy anime flash game and you should probably try it out too.