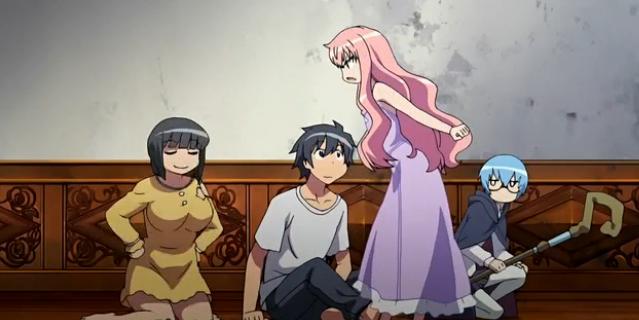 Yes! I had been waiting for the third season for years and it finally came out. But, we get the usual comedy, echii, action and other random things like usual which is basically the entire series. Though, I'm not saying that's a disappointment. So, Saito continue his adventures with the group once again. I am pretty much just excited and there is really nothing much with the "first" episode like the previous seasons. Anyway, the graphics got nicely updated along with the characters. I do like how the creators managed to put action on the introduction filler episode. That's just pretty neat. There is just not much on what's going on the new enemy is not exactly revealed. But, we do get some more secrets revealed. If you watched the previous seasons and liked it, you probably will like this too.

Conclusion: Nice filler episode and it's not a disappointment.