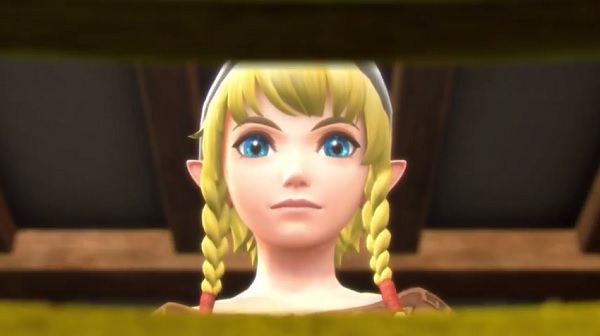 After watching the live steam for Nintendo Direct 11/12/15, I basically got super hyped. Some of the games they announced that I'm excited for is Pokemon Super Mystery Dungeon (which I've been waiting for already), a Legend of Zelda: Tri Force Heroes free update, Final Fantasy Explorers and surprisingly enough; a new character revealed named Linkle (on top pic) for the coming Hyrule Warriors: Legends. I'll be definitely looking forward for those games and probably another free to start Pokemon puzzle game. You can watch the video if you haven't yet.

As for the new free to start Nintendo Badge Arcade app, I started on it and it's surprisingly not bad. You basically collect badges (used for customizing the themes) through a crane/UFO machine. For tries or attempts, you can spend $1 for five tries or get free tries daily through the practice machine. The concept is pretty interesting and it's just like the gashapon (and now much creative than the Playstation Vita themes).

Also I bought 10 tries for $2 (which is was my leftover change) and got the included limited Legend of Zelda: A Link Between Worlds theme and a few more badges which got me a current total to 12 badges at the start. I then did a some test customizing and placed two A Link Between Worlds badges with the Tri Force Heroes theme. They kinda match and here's the screenshot. 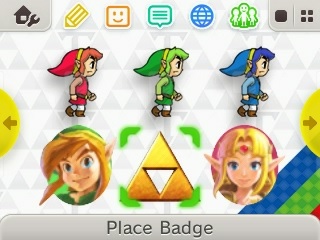 Overall, Nintendo will be having a bunch of 3DS games and updates I'll be quite looking forward to and the new Nintendo Badge Arcade is surprisingly cool to use.