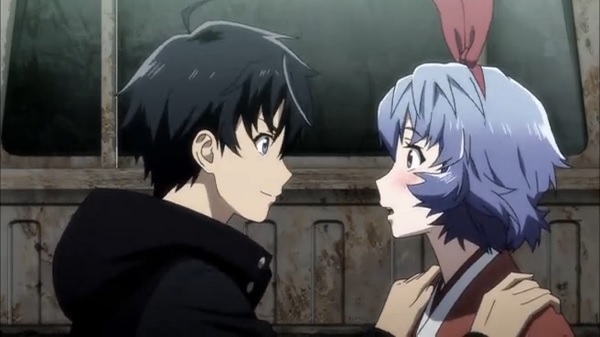 On this episode, Eiji and Iyo visits a location to find an Order user who has potential to cure Sena. Later, Eiji finds out about Iyo's feelings toward him.

So it's pretty nice to see Iyo attempt to reveal her feelings to Eiji during their trip but at the same time, I feel bad for her because of our male lead being dense. Also they revealed a new interesting power and along some more new characters. Anyway, I'll be definitely rooting for Eiji and Iyo being together as a couple (instead of Eiji and dumb maniac Rin). Now what's going to be the next plot? Overall, nice relationship development and some new characters introduced.