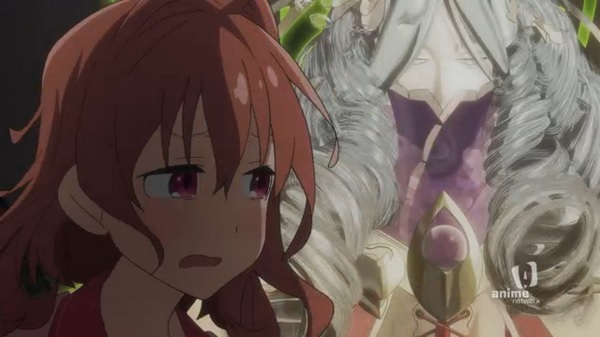 On this episode, Matoi learns a bit more about her God. Later, she gets popular and encounters another battle.

Wow, it's hilarious to see Matoi to get really unlucky and then earned herself popularity because of her magical girl form. Also they revealed the mysterious dimension invader's goal. Other than that, the action is cool and I hope our female lead will get used to her new power real soon. Now what's going to be the next plot and will Matoi's God ever talk? Overall, hilarious unlucky moments and some cool action.