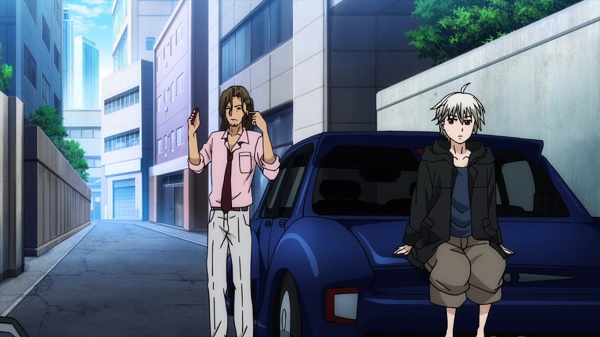 On this episode, Kensuke gets captured by Twenty Faces. Meanwhile, Kogorou and his assistants investigates a small ghost problem at an abandoned old building.

Man, I actually didn't think Kensuke would become that emotionally dumb and then gets manipulated by Twenty Faces. Although it's kinda nice to see Yoshio still acting normal without Kensuke during a case. Other than that, I wonder if Kensuke will get his senses back or somehow gets killed. Now what's going to be the club's counter plan against Twenty Faces? Overall, another big plot development and a small case getting solved.

Conclusion: Another big plot development and a small case getting solved.