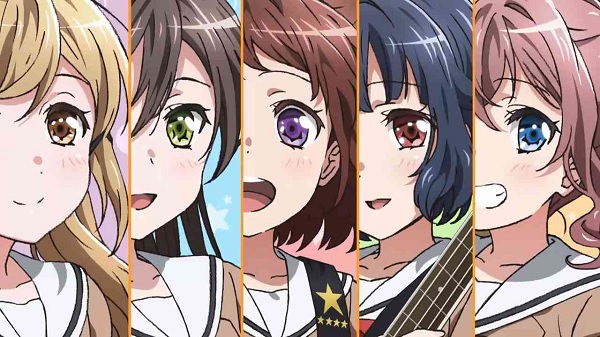 BanG Dream! Bundle is a rhythm mobile game based on the BanG Dream! anime/manga series and is worked on by Bushiroad (who also did the Love Live! School Idol Festival mobile rhythm game) along with Craft Egg.

So the gameplay is quite similar to Love Live! School Idol Festival (and perhaps other mobile rhythm games like The Idol Master Cinderella Girls Starlight Stage) but it's more like the Guitar Hero games' style. However, what make this game stand out from most mobile rhythm games (aside from their own original songs) is the Live 2D during story/character interactions and has licensed anime songs ranging from Steins;Gate, K-On! and more. That's just a huge plus for me since I've been wanting a rhythm game with actual licensed songs from different anime (osu! doesn't count). Anyway, I'm casually having fun playing the game and I'll be definitely looking forward for more songs being added. Here's my short gameplay of the Hacking to the Gate song from Steins;Gate anime.


Note: I'll upload the long gameplay later due to the long upload time.