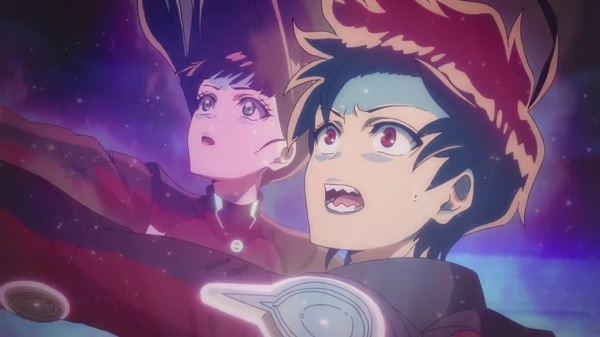 On this episode, Rokuro and Benio continues to fight the final battle against Abe no Seimei. Later, they experience the aftermath.

The finale was decently good. It was cool to see Rokuro and Benio overcome Abe no Seimei. Also, the aftermath was heart warming. Other than that, I enjoyed the anime in general. The only downside I didn't like about is there's too many fillers. Half of them were important to the story and the rest just seems pointless (plus, a bunch of my episodic posts were ranting whether the filler was crucial or not.). Now if there's going to be a second season coming, I guess I would watch it anyway. Overall, a nice finale battle and heartwarming aftermath.