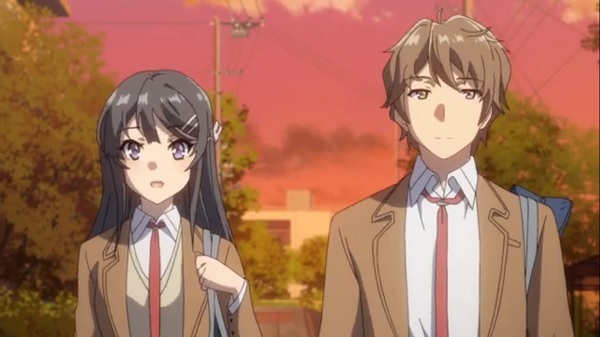 On this episode, Sakuta receives a mysterious letter. Later, Kaede attempts to make herself better.

Whoa, this interaction development between Sakuta and Mai is just too awesome and especially on how the even handled the press/media outlets' curiosities toward their relationship. Also, it was nice to finally see Kaede start to get her own plot case for Sakuta to solve (and Mai might get heavily involved). Other than that, I wonder if that girl who sent the letter to out male lead will appear later on. Now what will happen next to Kaede? I can't wait to find out. Overall, cool plot introduction for Kaede and some more nice character development.