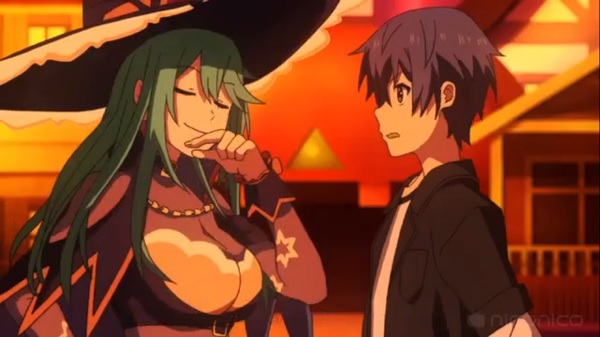 On this episode, Shidou encounters a witch spirit. Later, Natsumi starts becoming hostile towards him.

Oh wow, it has been 5 years for the third season to finally come out and I fortunately still remember the previous two seasons. So it was interesting to see witch spirit Natsumi being introduced and somehow became Shidou's enemy due to a misunderstanding. Also, Natsumi's tactics against our male lead is plain hilarious. Other than than, I wonder if Shidou's sealed spirits can be any help for the witch spirit's darker scheme. Now what will happen next? I'll be looking forward to it. Overall, cool witch spirit introduction and hilarious schemes.