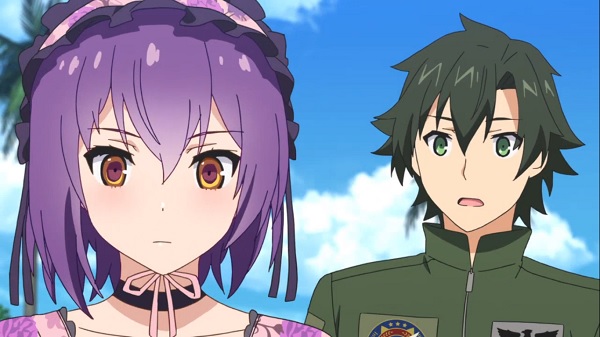 On this episode, Kei and his Daughter team completes their bombard mission with Viper Zero's assistance. Later, Kei assumes Viper Zero is Minghua.

So it was cool to see Kei's team finally complete their bombard operation and along with the introduction of Viper Zero. Also, I couldn't stop laughing on Kei's assumption toward Viper Zero as Minghua. It was just pretty obvious since Minghua isn't even allowed to be on the military base. Other than that, I hope there will be more Daughters making an appearance. Now what's going to happen next? I can't wait to find out as usual. Overall, cool bombard operation finale and a new Daughter introduced.