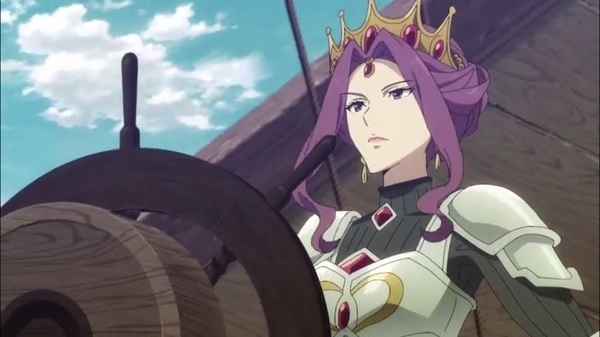 On this episode, the Queen's naval forces assists the heroes to defend against the new wave. Later, more heroes from another world fights Naofumi's party.

It was cool to see Naofumi and the Queen do most of the work against the wave with L'Arc's and Therese's assistance. Also, as I already knew, L'Arc and Therese became hostiles on Naofumi and his allies. Other than that, the action is great and it's still better than on reading the original written story. I can't wait for the finale. Overall, awesome wave action and nice betrayal scene.