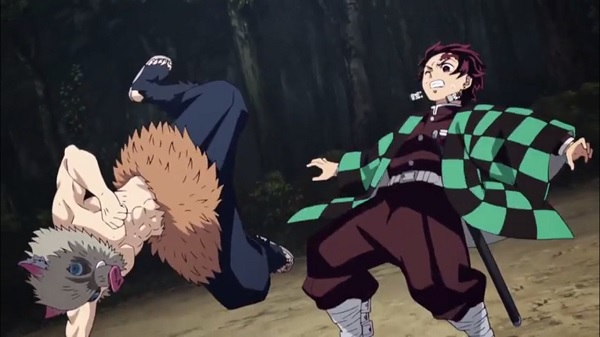 On this episode, Tanjirou gets into a fight with Inosuke. Later, the newly formed party visits a big home to recover their injuries.

So seeing Tanjirou and Inosuke fight and then start having awkward moments is hilarious. Also, I wasn't expecting the later half to be quite "laid back" compared to the previous episodes. Other than that, it was funny to see how Zenitsu got introduced to Nezuko. Now what's going to be actual next demonic plot? I can't wait to find out. Overall, funny action fight between demon hunters and some nice laid back moments.

Conclusion: Funny action fight between demon hunters and some nice laid back moments.