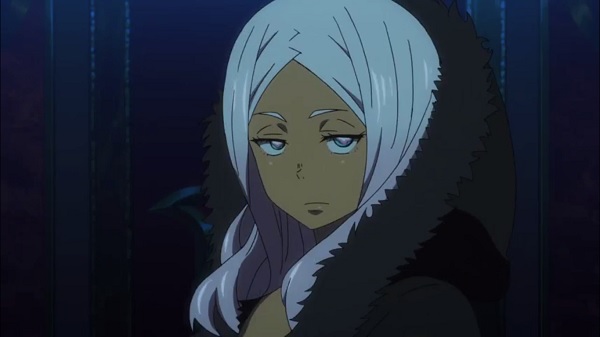 On this episode, Shinra fights Hibana and becomes Deluded-Lady Wakeup-Call Man. Meanwhile, Hibana's and Iris' past gets revealed.

Okay, Shinra became very awesome during his fight against Hibana. I actually thought he would need some help from his team members, but he didn't them. Also, the past details on the two sisters were nice. Other than that, it was funny that Captain Akitaru did not get any spotlight, but got a scene after the credits. Now what's going to be the next plot? I can't wait to find out. Overall, awesome duel action between Shinra and Hibana.