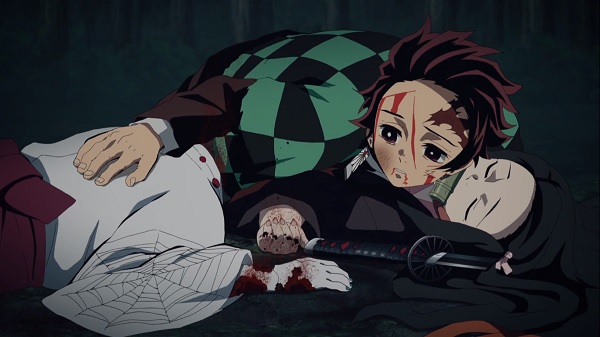 On this episode, Rui's demonic origin gets revealed while he gets slayed by Giyu. Later, Shinobu and her partner becomes hostile on hunting down Nezuko.

Rui's backstory on why he became a demon was plain pitiful. I actually felt bad for him because of his former condition and can see why Tanjiro continues to show some kindness after he slays certain demons. Also, I wasn't expecting Shinobu to be really hostile on killing Nezuko once she saw her. Other than that, I hope the Demon Slaying Corps will have something positive for Nezuko. Now what's going to happen next? I'll be looking forward to it. Overall, an interesting tragic backstory revealed and a hostile twist.

Conclusion: An interesting tragic backstory revealed and a hostile twist.