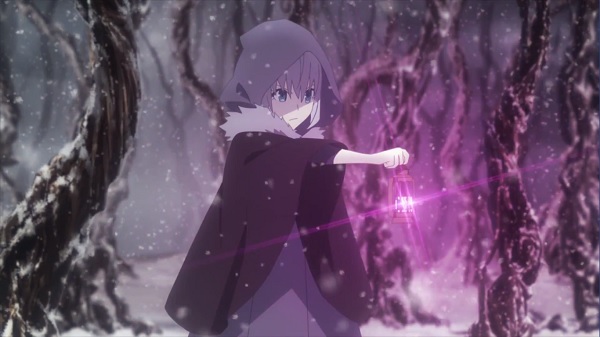 On this episode, Gray and her allies continues to investigate without Waver's help. Later, Gray fights against the Servant.

Oh, oops. I previously thought the Servant was a possessed human, but turns out to be an actual Servant. Also, it seems Olgamally is going to face a tragic end just like in Fate/Grand Order because of Hishiri. Other than that, the fight scene between Gray and the Servant was pretty good. Now what's going happen next? I'll be looking forward to it. Overall, cool train investigation continuation and servant battle.