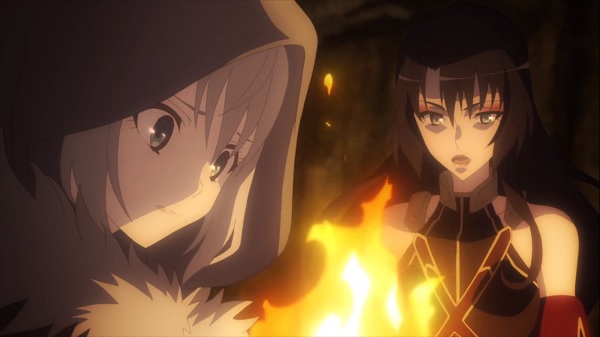 On this episode, the Servant rescues Gray from an avalanche and has a chat. Later, Gray returns to the train while Waver wakes up to resume the murder case.

So it was interesting to see the Servant talk more about her motives and confirm her connection with Waver's former Rider Servant to Gray. Also, seeing Waver wake up just in time to stop the murder case from becoming worse because of Hishiri's influence is satisfying. Other than that, I wonder whether or not Hishiri is the actual culprit. Now what's going to happen next? I can't wait to find out. Overall, nice details revealed about the Servant and train murder case continuation.