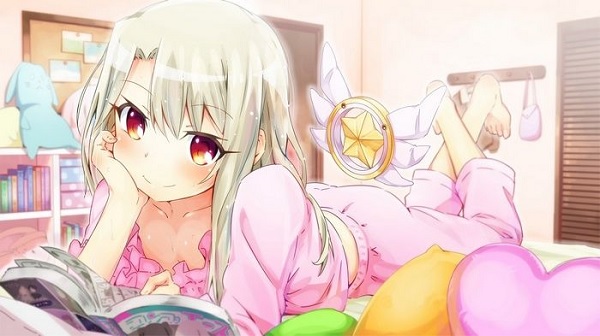 I've been heavily using an anime alarm app called PRISMA ILLYA ALARM / プリズマイリヤ アラーム. The alarm app has a lot of voices of Fate's Illya and some exclusive voices for the app itself. There is some separate DLC extensions for sale. One of them is called "Sleep Mode" which I'll explain my experience about. 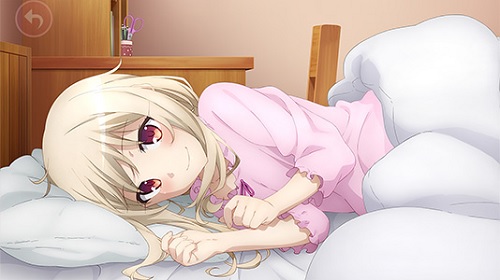 When Sleep Mode is turned on.

Since August 15, I started using the PRISMA ILLYA ALARM with Sleep Mode (and other DLCs). Shockingly enough, I genuinely have good sleeping experience with it. Sleep Mode basically has Illya voice a scenario. Out of all of them, I find the lullaby and counting sheep to be the best ones. The lullaby has Illya singing for you and the counting sheep is about counting.

After the scenario is done, Illya will fall asleep or say a good night and then start her sleeping/snoring sounds. Because of the sounds, it did somehow put me to sleep. An example is like you could get sleepy when you see/hear someone else sleep. Although, her sleeping sound duration will turn off after a limited amount of time, but the app stays on with a dark lighted screen. (Since I prefer sleeping in the dark, I just put my phone's screen upside down with the charger plugged in.)

When the alarm triggers me to wake up, it actually wakes me up. The alarm stays aggressive if you don't press the wake button and especially with the snooze feature (snooze feature doesn't have a button and triggers after the main time is done). Other than that, I really enjoy this app. It's probably the best anime alarm app I've tried and especially if you're a Fate series fan.

For details about the app, feel free to check out their official website.