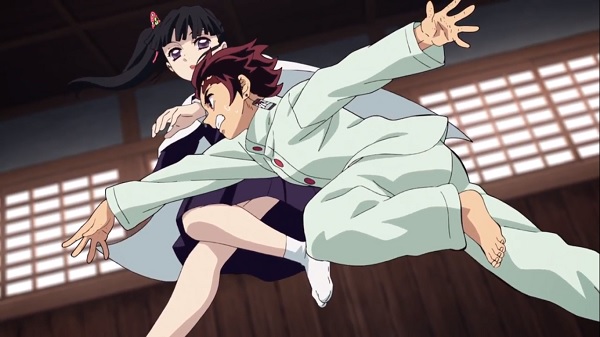 On this episode, Tanjirou finishes his breathing technique training with the girls assisting him. Later, Zenitsu and Inosuke becomes fully motivated to train from Shinobu.

I got to say that it was quite satisfying to see Tanjirou finally complete his breathing technique and even beat Kanao. In fact, it's kinda comparable to the beginning training from the early episodes. Also, they revealed Kanao's backstory and some of her personality which is nice. Other than that, I liked how Shinobu got Tanjirou's party members motivated to train again. Now what's going to be the final plot for this season? I'll be looking forward to it. Overall, awesome breathing technique training finale and some more enjoyable moments.