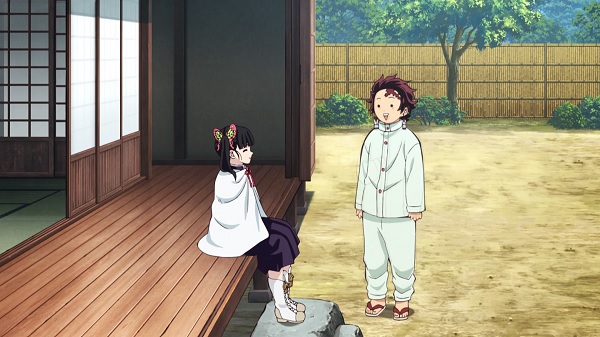 On this episode, Muzan decides to eliminate the remaining Lower Moons demons because of Rui's failure. Later, Tanjirou and his party say their goodbyes to theButterfly Estate girls.

So it's nice to see the Lower Moons demons are taken down because of Rui's death and even makes the Demon Slaying Corps' jobs easier. Also, seeing Tanjirou saying good bye to the girls and touch their hearts without realizing it himself is quite adorable. Other than that, this series was an awesome action packed emotional journey. Aside from the upcoming movie, I hope Ufotable will produce another season. Overall, cool demons elimination scene and adorable goodbyes finale.