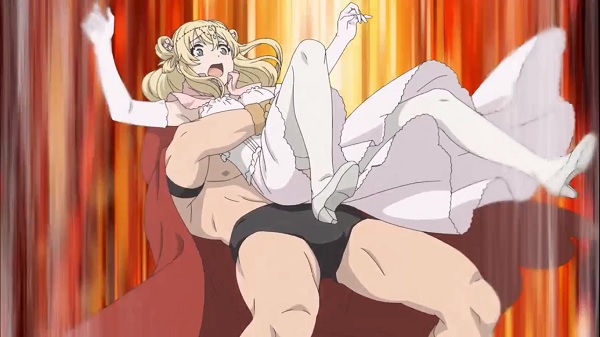 Hataage! Kemono Michi is about an animal lover pro wrestler who got summoned to fantasy world. On this episode, Genzou got summoned and became angry at the princess for tasking him to defeat demon beasts. Later, he learns about the world and tries to make his new livelihood.

So I didn't first expect to see our male lead angrily beat up the princess after his summoning. It was just pretty hilarious. Also, they introduced a bunch of interesting characters and details about the fantasy world. Other than that, I'm very interested in this series from first impression. Now what's going to be the next plot? I'll be looking forward to it. Overall, hilarious introduction and some cool wrestling action.