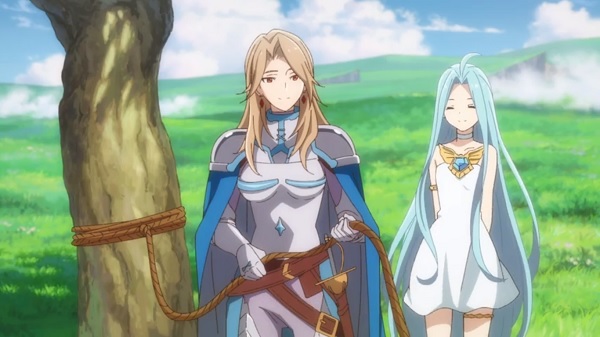 Granblue Fantasy The Animation Season 2 is the continuation from season 1. On this episode, Sierokarte gives an easy investigation quest for Gran's crew. Later, the crew arrives at a village and investigate the mysterious monster sound.

First off, I wasn't able to talk about the first season back then because my anime posting slots was very full. So I'll finally do coverage for this second season.

The village investigation quest plot is decent. It still has the same relaxing story pace just like first season's. Also, they nicely introduced some new characters. Other than that, the airship battle is cool because you don't actually see that in the actual game, and along some other combat scenes. Now what's going to be the next quest? I'll be looking forward to it. Overall, nice village investigation quest and cool battles.