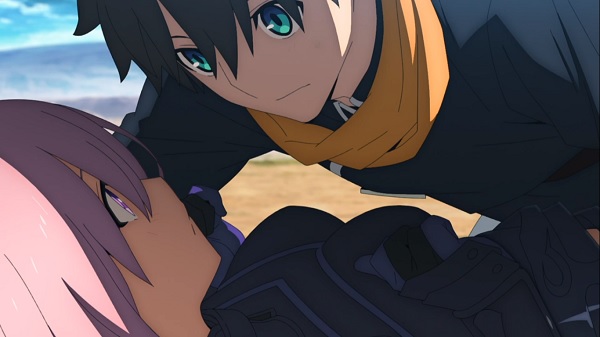 Fate/Grand Order: Zettai Majuu Sensen Babylonia takes place during the last Singularity arc in Ancient Babylonia. On this episode, Ritsuka and Mash gets deployed for their final Singularity mission. Later, they encounter some monster trouble.

The first thought that came in my mind throughout this episode is why Ritsuka couldn't use/summon other Servants for aid. But, he technically can just like in the game itself. An example is he could have summoned Lancer (was Caster) from the Fate/Grand Order: First Order OVA. Even though it was Mash doing the fighting, I'm not going to complain too much since it's still nice. Other than that, it was cool to see some other characters who got introduced. Now what's going to happen next? I can't wait to find out. Overall, cool deployment scene and some nice action.