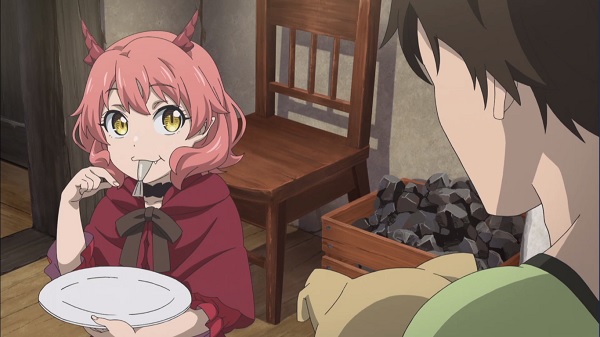 On this episode, Genzou encounters a dragon girl and feeds her. Later, the Guild tasks Genzou to find a demon beast culprit who is attacking humans in town.

I find the dragon loli's personality and wanting to eat anything to be quite adorable. But, I wasn't particularly fond of seeing Hiroyuki becoming her food target even though it's still funny. Also, it was interesting to see the hostile vampire girl being introduced and gets beaten up by Genzou. Other than that, I wonder how our male lead is going to get his pet shop known. Now what's going to be the next plot? I'll be looking forward to it. Overall, hilarious character introductions and some more cool wrestling action.