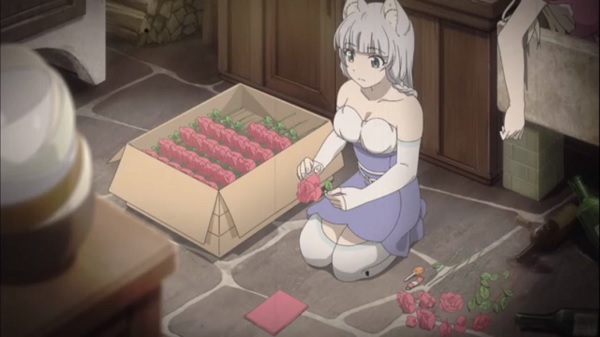 On this episode, Shigure becomes depressed from being broke and the rest of her group being lazy. Later, they attempt a griffin quest to earn a large sum.

It seems that Shigure is the confirmed smartest of Genzou's group because she has to take care of everyone and the money problem. I just feel some pity for her. Also, the griffin quest is another hilarious quest and especially how our male lead gets Hanako to help him a lot - along with casually beating up Carmilla for assistance. Other than that, they finally revealed the Princess' reaction to her being beaten uo by Genzou. Now what's going to be the next plot? I'll be looking forward to it. Overall, more interesting money problems and funny griffin quest.