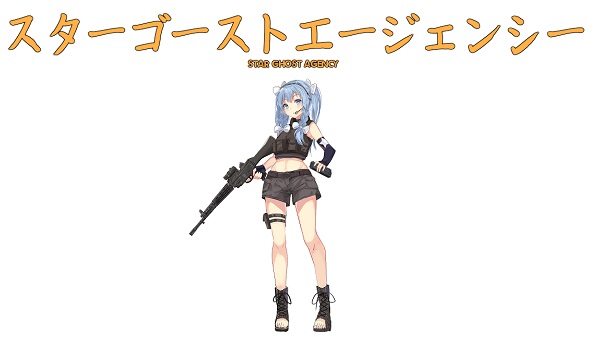 I've started to realize about something. Captain Naoko appears to be a young kid.

"How old do you think I am?", Naoko quickly replied.

"Shota? Oh, it's the male version of loli." I thought aloud.

"Do you have a hero weapon?", I asked moving for another topic.

"When I use it, the legendary magical weapon will transform me into a girl." he blushed embarrassingly.

"Oh? Can you show it to me once please?" I smirked and begged at him.

Naoko then chants "I summon you, Mystin".

Then a blue bright magical circle appears on the ground and a blue bow came out of it.

Naoko grabs the bow and then got transformed into a girl. Although, his outfit did not change like a magical girl's.

While I stared at Naoko, he really looks like a cute young girl. She has nice silky long hairs, some breasts

and other girly features.

But, I unfortunately couldn't touch her because I'm still laying on the bed.

"Is your gender fully changed?", I hesitantly said to her.

After she replied, I then quickly realized that her voice is also a girl's voice.

"You went from shota to loli...", I laughed very hard.

"Do you know why that weapon turns you into a girl?", I then asked.

"Apparently, the bow was created by a Goddess and transforms any hero wielder into a girl.", Naoko stated.

"Could I wield it and transform too?"

"No, only chosen heroes can wield it.", she said.

After her reply, she quickly chanted "de-summon, Mystin" to put away the bow and transformed back into male Naoko.

I then glared at him with a disappointed expression.

"What?" he confusingly said.

"This alternative world's population nicked named me "Young Maiden Hero" when I use the bow. They also think there are

two heroes who works separably from each other because of my gender changing ability.", he stated.

"That is a funny story. Did you kill the Demon Lord with the bow?", I said.

"Yes, I did. Nowadays, I just guns. My bow is just a last resort weapon. ", he slowly responded.

"You should continue using your magical bow then.", I teased.

"Back on topic. Since you are now active, you will be sent to the training camp located at Garia Forest, Star Kingdom.",

Naoko stated to change our conversation.

"What? Training camp?", I said in confusion.

"Yes, all of our agents are trained by former special forces operatives from Japan Special Forces Group, US Navy Seals, British SAS and more. But, their countries does not know our existence", Naoko stated.

You were trained too?

"Yes, after the agency got established. It took me a year of training.", Naoko bragged.

But, why are you not a leader for the agency?

"I simply did not want to do desk work. A woman named Fuba took my place instead." Naoko replied.

"Tomorrow, you will get deployed to the training camp.", Naoko said.