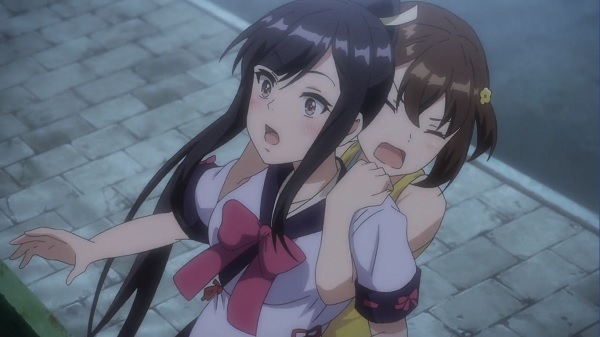 On this episode, Rin and Misa encounters a depressed girl staring at the bridge. Later, they race against Fuka and Inori.

At first, I thought I was going to see a random "yuri romance" scene from the depressed girl. But, fortunately, it was just some dramatic misunderstanding which is very hilarious. Also, the racing action between our main duo and the newly introduced racer duo is cool. Although, I find Fuka's personality to be cutely awkward. Other than that, there's more nice usual fan service. Now what's going to be the next plot? I can't wait to find out. Overall, hilarious dramatic misunderstandings from Fuka and cool racing action.