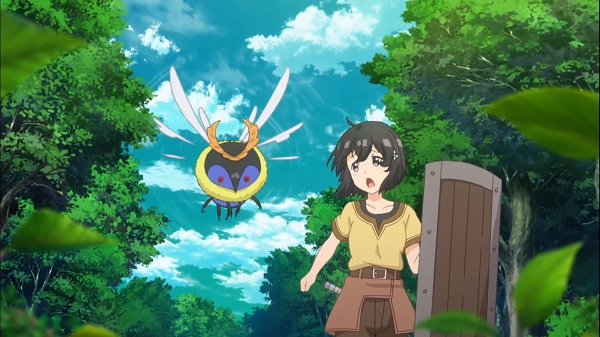 Bofuri (Itai no wa Iya nano de Bougyoryoku ni Kyokufuri Shitai to Omoimasu / 痛いのは嫌なので防御力に極振りしたいと思います) is about a newbie VRMMORPG girl player who decides to spend all her resources on defense. On this episode, Maple starts playing New World Online because of her best friend.

Oh, it's basically what if Tate no Yuusha no Nariagari and Sword Art Online got combined. But, in comparison to Naofumi (from Tate no Yuusha no Nariagari), the female lead isn't stuck in a world and she "willingly" spends all of her points on defense. Although, she does seem to be the oblivious relaxed "moe version" of Naofumi. Anyway, the beginning is hilarious because of light-heated comedy scenes. Also, the action itself is not bad. Other than that, I wonder what's going to be the actual main plot. Now what's going to happen next? I can't wait to find out. Overall, hilarious beginning and decent action.