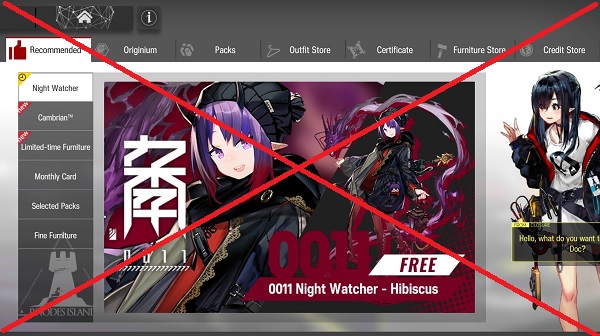 Yesterday, a "data miner" apparently uploaded "leaked raw images" for the Arknights global server on the Arknights reddit. But, the images are actually fake according to the CN server players and real data mine leaks wouldn't look like the screenshots.

Don't take this at face value, this is either messing around with the clock of the device or editing in datamined content.

There's no withholding of information, I never intended these images to be put on Reddit, it's a device clock change, this OP is a **** **** for sharing this here. At least take your own screenshots. The method to verify these screenshots was mentioned in both places these screenshots originated.

We only shared this between ourselves because it served as more proof that Eyja banner will probably be skipped.

TL;DR you're **** right mod. Anyone with half a brain that knows what datamine looks like knows it comes in an atlas form, not like this. I am getting pissed because misinformation is spreading like **** wildfire. /rant

Note: Comment is censored because I don't ever use foul language.