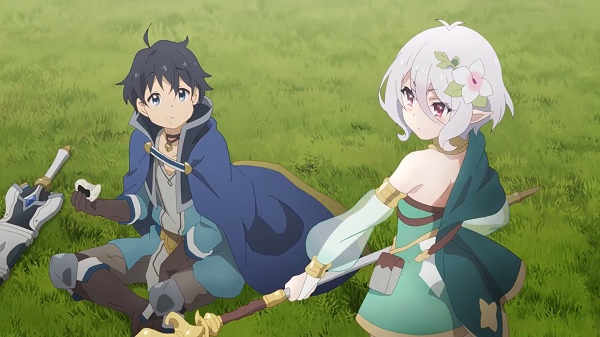 Princess Connect! Re:Dive is about a Princess Knight named Yuuki who got sent to save a fantasy world with his party. On this episode, Kokkoro meets and assists amnesia Yuuki.

First off, I actively semi-play the Princess Connect! Re:Dive mobile game and I even managed to complete the entire first arc during the major finale story event. In other words, I'm very aware of the story just like Cygame's Granblue Fantasy and other games like Phantasy Star Online 2 (which has previous season's anime adaptation). Here's my tweet about it.

Anyway, I was surprised to see some hilarious Konosuba-like moments. It was just plain funny to see our male lead being totally helpless due to his amnesia. Also, I find Kokkoro's and Pecorine's reactions to be very adorable just like in the game itself. Other than that, the animation is really good and has the same or similar quality as the animated scenes from the mobile game. Plus, the action is great. Now what's going to be the next plot? I will be definitely looking forward to it. Overall, hilarious introduction and some great action scenes.