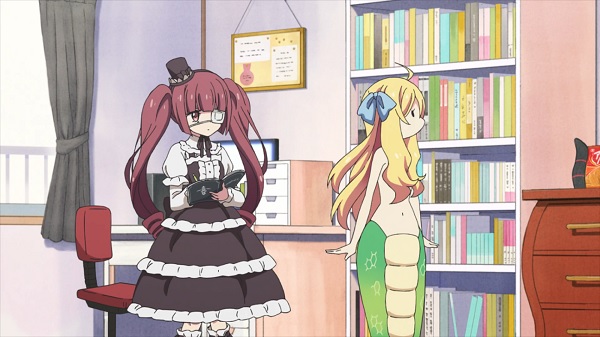 On this episode, Jashin attempts to kill Yurine once again. Later, the Yurine's group has lunch together and Pekora faces her next new threat.

Yay, I was hoping for second season, but I was surprised at the same time since I didn't exactly pay attention to the announcements. Anyway, it hilarious to see Jashin being stupid on trying to kill Yurine. It just doesn't get old just like the Western Tom and Jerry cartoon. Also, it was funny and unfortunate that Pekora is still struggling on being homeless. Other than that, they introduced another new character which is nice. Now what's going to happen next? I can't wait to find out. Overall, another hilarious Jashin trying to kill Yurine introduction and some enjoyable moments.