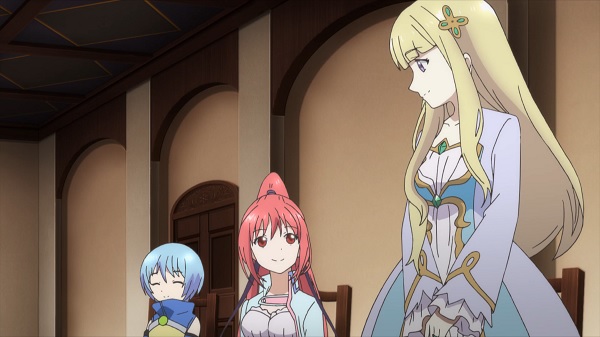 On this episode, Well's group gets forced to participate in a non-magic tournament. Later, his party becomes motivated to win.

So um, I pretty much have mixed feelings on this plot because I mostly can't comprehend the original author's logic. An example is why Wells is forced to be in a physical only tournament with no magic even though he's already getting known a mage. Also, I'm starting to not like Ena and Louise because they just exist to be boring personality prostitutes for our male lead. Other than that, it's unfortunately becoming in the same boat as Isekai Cheat Magician and I may just drop this series. Now what's going to be the next plot? I hope it'll regain a better pace. Overall, boring tournament plot and some lame character development.