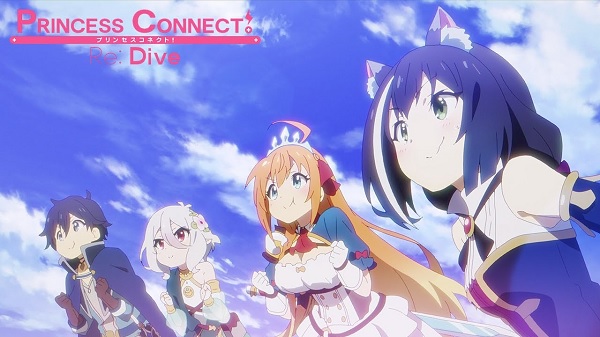 The openings for Princess Connect! Re:Dive mobile game and anime has very different styles. Here's a video that compares them.

Ironically, the anime's director named Takaomi Kanasaki / 金﨑 貴臣 did work on the KonoSuba anime which explains why there's a "KonoSuba vibe". Anyway, I think Cygames has hired the right director and producers because the anime adaptation has been quite enjoyable with certain humor that isn't in the game itself.