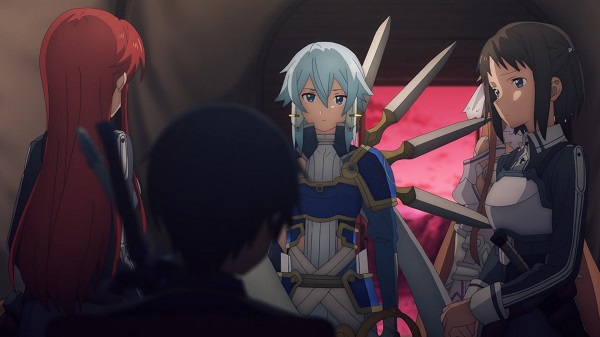 On this episode, Sinon and Leafa appears as reinforcements. Later, Asuna and her unit struggles against another Western players wave attack.

Wow, I really like the opening and especially ReoNa's involvement. She also recently produced the official Arknights song called Untitled World. Anyway, it was nice to see Sinon reuniting with Kirito. Also, I find it somewhat funny to see Leafa teleport in the wrong direction and then she gets tentacle ambushed just like in ALO. Other than that, the war action scenes is awesome and even the ally reinforcements. Now what's going to happen next? I'll be looking foward to it. Overall, nice ally reinforcements and more awesome war action.