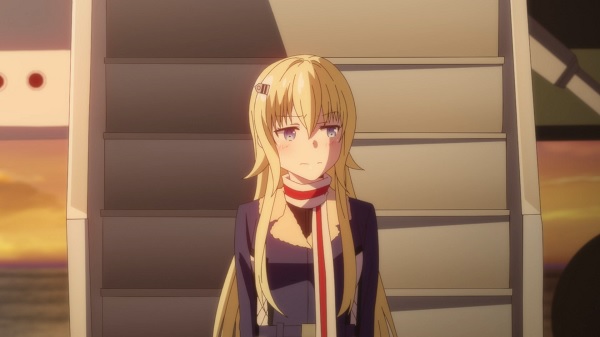 Senyoku no Sigrdrifa is about special pilot Valkyrie girls fighting the Pillar invaders. On this episode, Claudia gets assigned to another Valkyrie unit.

Since this series is from the same creator of Re:Zero, I became interested to watch this anime adaptation. It simply gives me a mix of Girly Air Force, Strike Witches and Last Exile vibes. Anyway, the Valkyrie girls are somewhat interesting. Also, seeing the Pillars being introduced is decent and along the dog fighting action scenes. Other than that, from my first glance, the series doesn't seem to be generally unique compared to the author's Re;Zero series. Although, I'll be watching it to help tide me over for Re:Zero's second part that is coming next year. Overall, nice decent introduction and cool dog fighting action scenes.