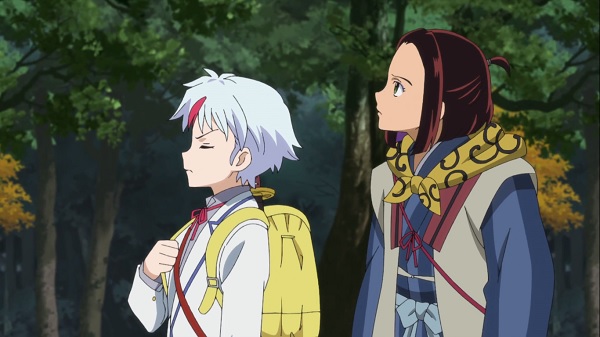 On this episode, the left behind Towa searches for Setsuna and encounters a stranger. Later, Towa gets captured and rescued by her companions.

So this is basically the "recap" plot of episode 1's glimpse, but with additional scenes connecting the dots which is nice. Although, honestly, I was hoping Towa to be fully ditched because I still find her naivety to be very annoying. Other than that, the introduction of some new antagonists and a mysterious pirate guy is interesting. Now what's going to be the next plot? I'll be looking forward to it. Overall, nice recap of episode 1 with scenes connecting the dots.