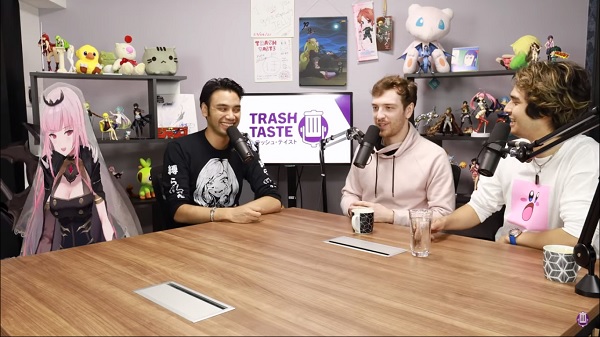 Around a week ago, Vtuber Mori Calliope did a guest appearance in a popular anime Western YouTuber podcast called Trash Taste (hosted by Anime Man, Gigguk, CDawgVA). Mori Calliope reveals her true behind-the-scenes personality and backstory during her interview.

Here are some of my top highlights that I find to be very interesting in specific order.


1. Mori explains why she wasn't fan of idols until she became one.


2. Mori explains about her origin with her fellow hololive EN cast members.


3. Mori reveals some of her favorite anime.


4. Mori betrays her friends during the vtuber audition.


Due to Mori Calliope's interview and true humble personality on Trash Taste, I'm surprisingly liking her even more.

If you want to see more, feel free to check the full podcast show.