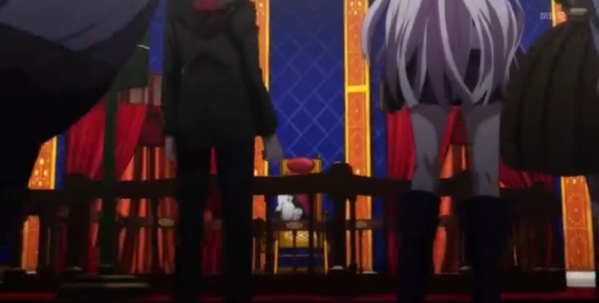 At first glance, I thought the series would be a pure random death game which I would usually see and think it would be a waste of time to comment on. However at the same time, I had to be certain for the past two episodes before I comment or assume.

So since the third episode, I actually like it. Unlike other death game stories, this one has a unique court element quite similar or comparable to the Phoenix Wright games. Could it be a possible copy cat of that game series? I'm not quite sure. Other than the court element, the next plots will probably be interesting. I'll be looking forward for the next instead of dropping it...

Conclusion: Interesting court scene and can't wait for the next.