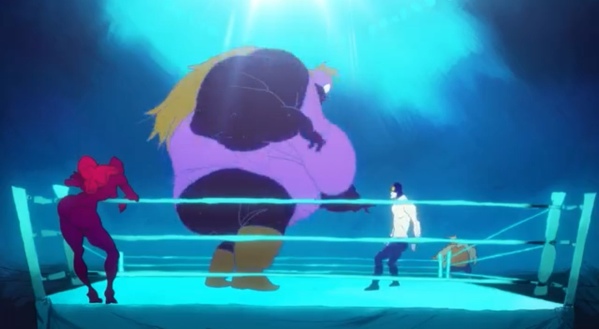 Kick-Heart is a movie series about a Romeo and Juliet version of wrestling. Although I don't even know why it's labeled as a "movie series" because the episode run time is around the average of a standard episode. I had seen actual movie episodes like Break Blade that's way longer than that (and that's what you call an actual movie series).

So is this series any good? No, it's not. The graphics and animation seems to be poorly done (plus it's ugly along with character designs) to the point that it makes me want to puke and I'm not really exaggerating.

As for the story and setting, very cheesy along with the action scenes. It's not worth to describe. However I do see some Spanish wrestling influence because it's just basically wrestlers in masks. Other than that, I'll give them some credit for trying something new but in a poorly executed way.