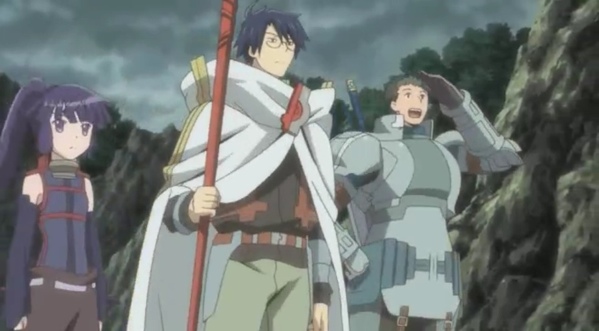 So on this episode, our party continues on a journey to find the girl. Meanwhile, the girl and her rescuer hangs around. Then the episode introduced the current main villain.

Now the action was pretty good and including our mage support/enchanter protagonist explaining about the plans ( plus world info) makes it much interesting. However will our heroes make it in time to pick up the girl? Other than that, the series overall is getting better one episode after the next. At the rate it's going, I think it will be better than the Sword Art Online anime itself (second part of it especially which was the fairy game) but not the novel exactly. Also it's surprising that they showed more on how the NPCs (or simply People of the Land) work even though they're background/minor characters. Overall, I'm getting impressed and definitely looking forward to the next.

Conclusion: A nice adventure of our lead party along with action scenes.