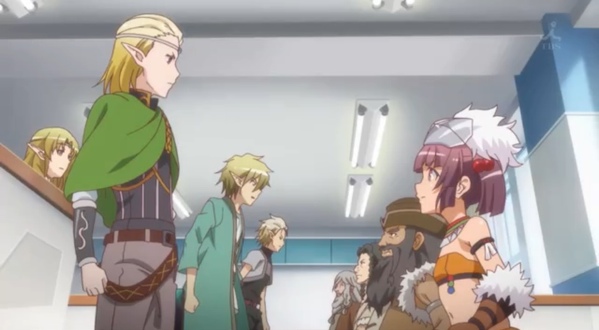 So in this episode, our protagonist needs to resolve a rivalry conflict between the Elves and Dwarves since they constantly fight over what's the best genre in the otaku culture since the previous episodes. The resolve that out hero thought up is a soccer match for the entire episode which could turn out bad or good near the end.

Now as usual as I mentioned before, every next episode is just getting better and the plots that come up in this setting is pretty good. I also probably think it's way better than other some other somewhat peaceful fantasy anime like Dog Days, Shining Hearts or something else. Putting that aside, the characters so far are doing great along with their interactions. I'll be definitely looking forward for the next. Although what's going to be the next plot?