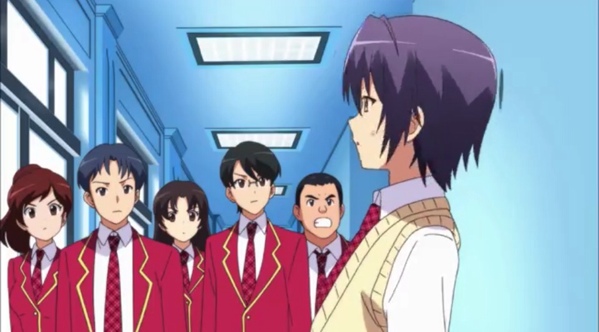 On this episode, Kanade is having a hard time avoiding other angry jealous students in the since the incident from the previous in the beginning. But it's surprisingly not the plot. The problem for the entire episode is Chocolat's personality changes and our male lead will have to find out whether or not if that's a good thing.

So it was pretty much quite entertaining and hilarious. I couldn't keep laughing or giggling the whole time. The current plot is just a huge shocker that's probably making your jaws drop. If I myself encounter a problem something like that, I would love it (and could be a dream come true). Anyway, they also revealed the next mission for the next episode which seems to be interesting. I'll be looking forward for the next.