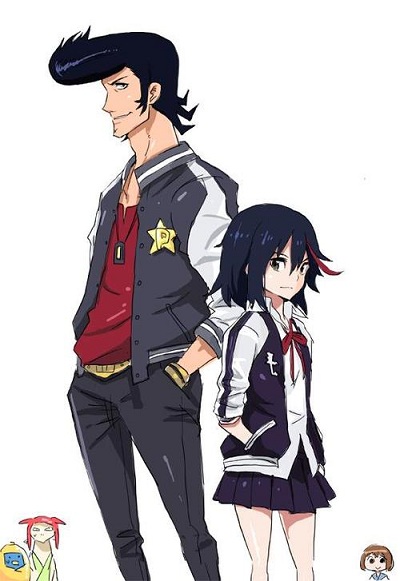 Bōsōzoku did not get all that popular until the 1990s. The stereotypical bōsōzoku look is often portrayed, and even caricatured in many anime and manga that we know of today. What bōsōzoku consists is being in a jumpsuit uniform by those worn by laborers. They also have a military style jacket on top of this jumpsuit. The jacket typically has Japanese kanji characters written on them. The jackets usually are worn open and with no shirt under it. This would show off bandaged torso's along with showing off matching baggy pants with them tucked into tall boots. 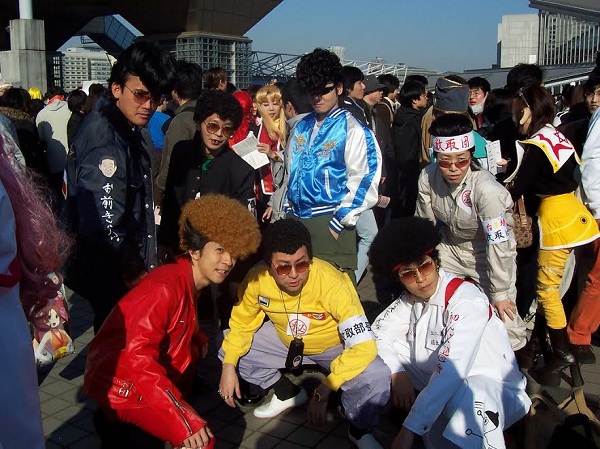 An example.
Here are a few films that used this style; God Speed You Black Emperor and Sayonara Speed Tribes. A few manga that have this style would be; Shonan Junai Gumi, Akira (The main characters were attacked by a lethal bōsōzoku gang.), and Hot Road.