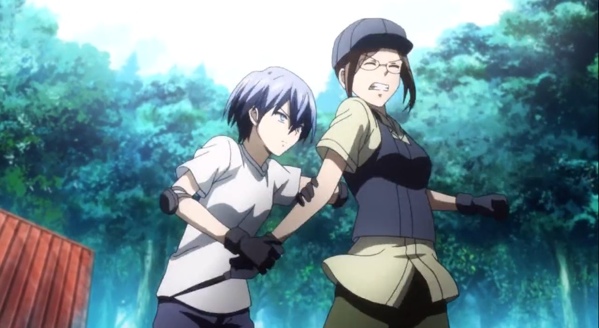 Akuma no Riddle is about an assassin school girl who attends a class of other assassins and needs to find her target to kill. But for some reason, she's developing a likeness with her target.

First off, I'm not into the yuri genre or BL and this series is just labeled under the yuri genre. However the action and the setting seems to be alright since it's basically another death game story. But I'll drop it soon enough if it ever gets into the extreme on yuri. Also do note that I'll definitely not be talking about the series especially on the next episode. Overall, if you like yuri and action yourself, go for it but you won't see me talk about either purely focused yuri or BL anime because it's personally not part of my taste.

Conclusion: Dropping this series but will continue to watch only.